Yet Another Strong Quarter, But Stay Focused Beyond The Horizon 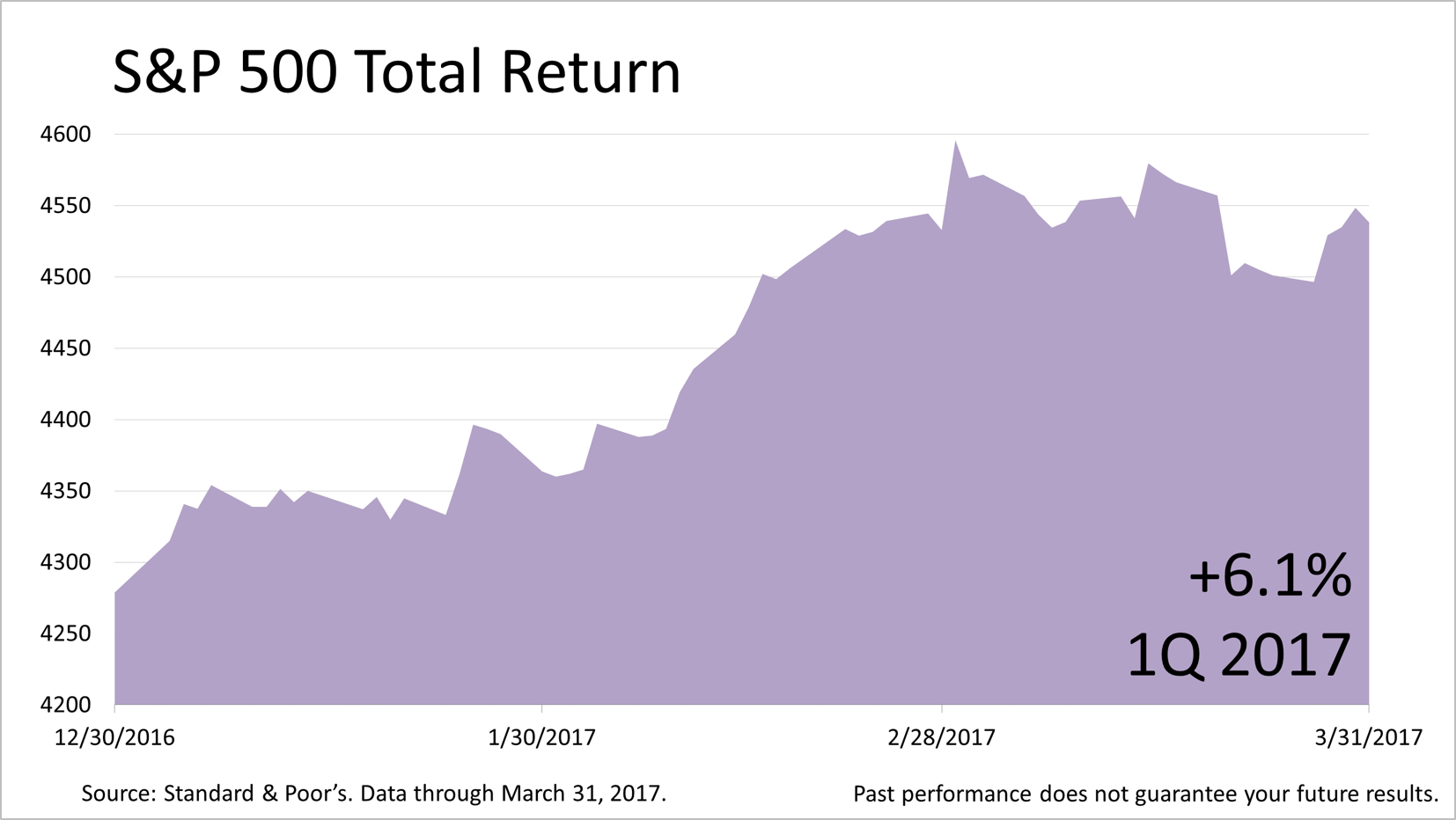 Capping a string of strong quarterly gains, stocks posted a total return of 6.1% in the first quarter of 2017. 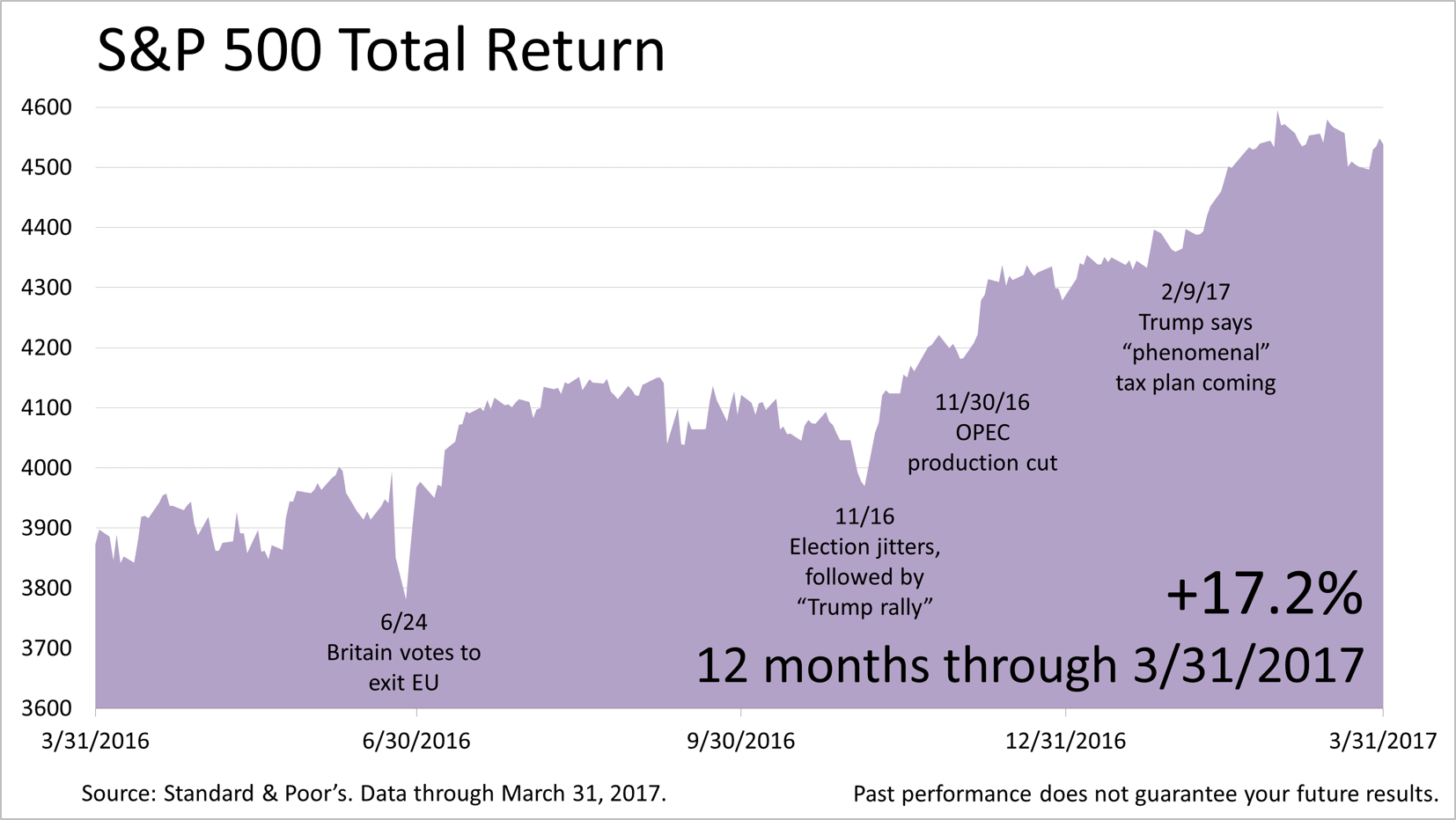 The first quarter's gain continued the fourth quarter "Trump rally," although a steady stream of strong economic and earnings data played a strong supporting role in the advance to new record highs.

Stocks over the one-year period recovered from last year's profit-collapse in the energy and mining sectors and, after the November 8th national election, enthusiasm for what the Trump presidency might mean for the economy and corporate earnings pushed prices higher still. 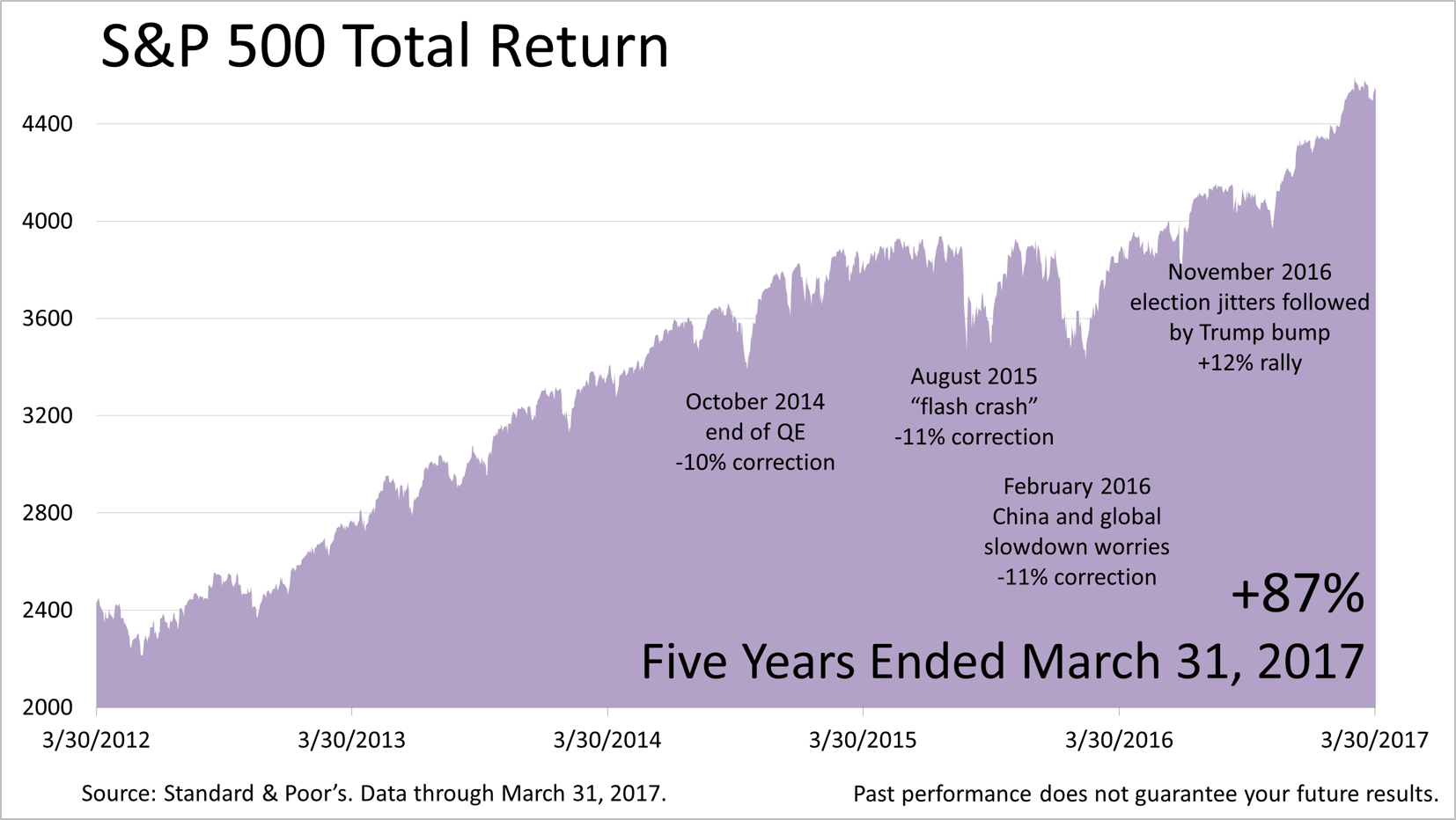 For the five years ended March 31, the total return on shares in large publicly-held American companies soared by 87%!


Like a phoenix rising from the ashes, stocks have staged an extraordinary comeback from the near collapse of the world financial system in 2008.


After trading sideways for approximately one year from mid-2015 to mid-2016 - and hitting two air pockets - the stock market broke out of that range in the second half of 2016, and gained additional momentum post-election.

The likelihood of a bear market - a correction of at least 20% - increases as the bull market grows older. However, fundamental economic conditions that have accompanied bear markets in the past were not present when the first-quarter of 2017 ended. Precursors of a serious market downturn in the past - such as restrictive Fed policy, slowing economic growth, stock market overvaluation, and irrational exuberance - were not evident as the second quarter of 2017 got under way. 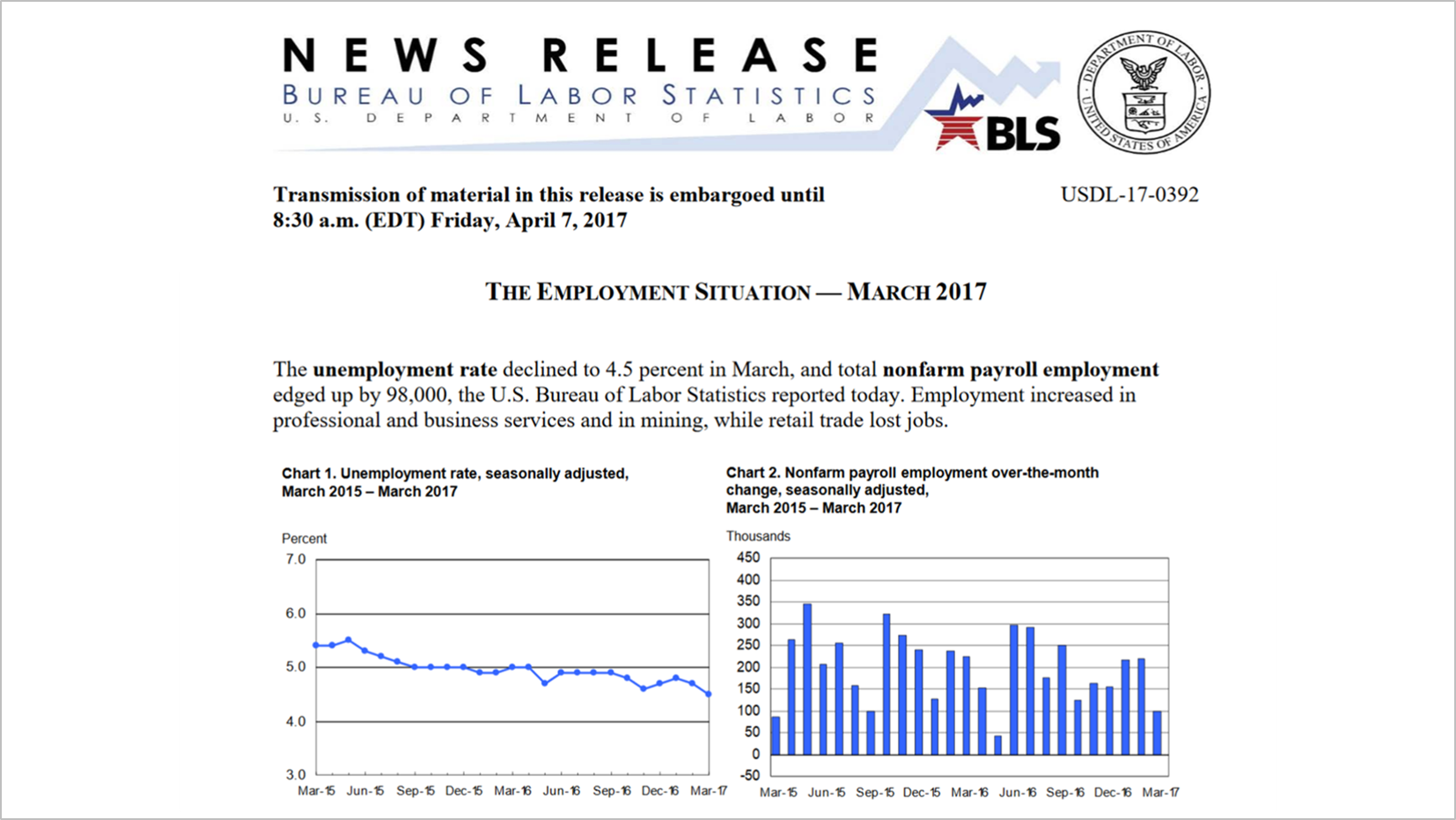 The Labor Department Friday said the unemployment rate in March sank to 4.5%. That's as low as it has been since the peak of the last economic expansion in 2007. The U.S. economy is at full employment.

Not surprisingly, job creation in March slowed. That's to be expected, as the economy has been running at full employment for months, the labor market has tightened, and wages and benefits have accelerated steadily for months. 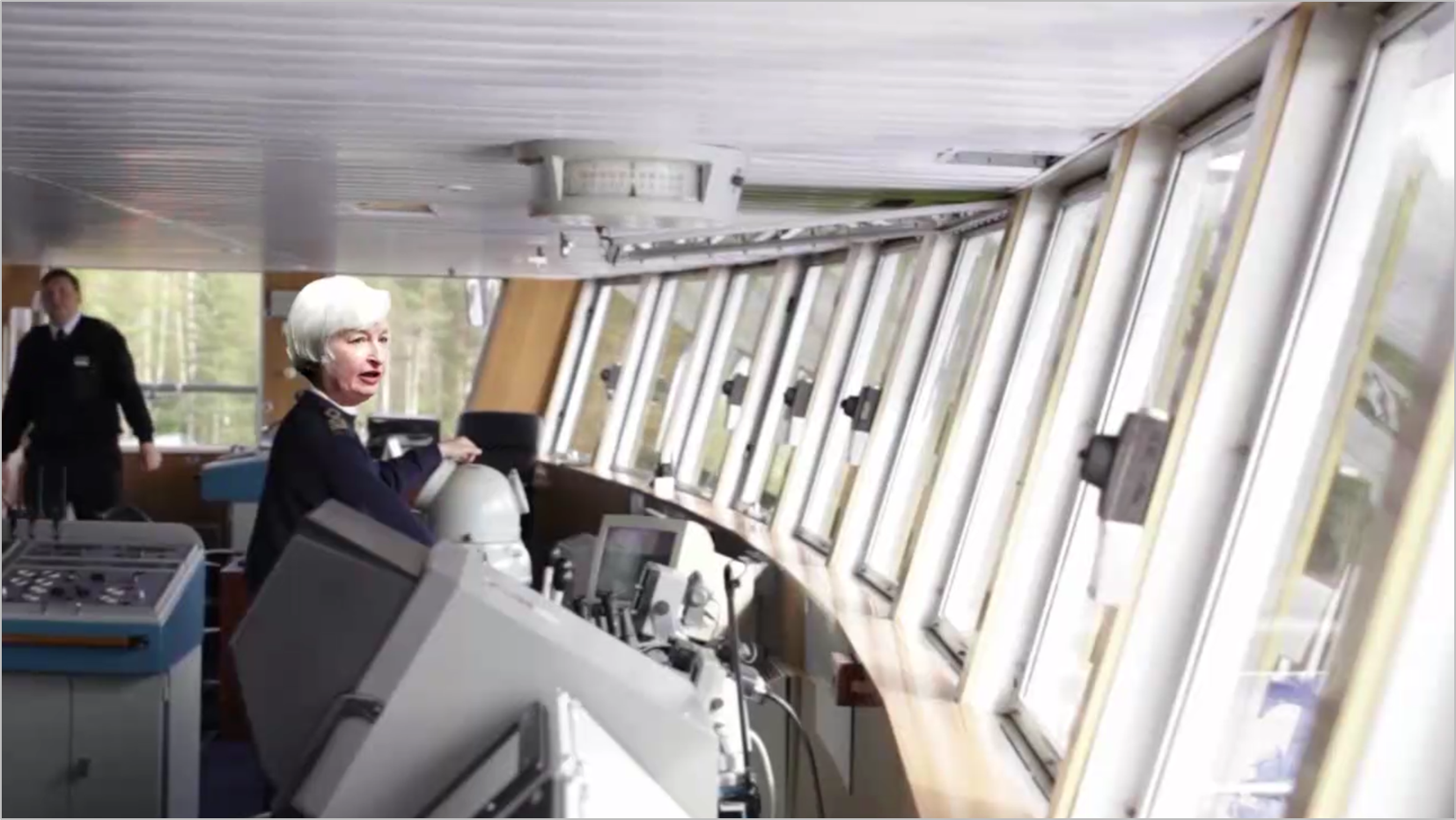 At the helm of the Federal Reserve, meanwhile, Chair Janet Yellen has been steering slowly and steadily toward rising interest rates.


While the tide has changed and the pace of economic growth for months has risen, signals of further growth are on the horizon and seems likely barring some unforeseen obstacles. 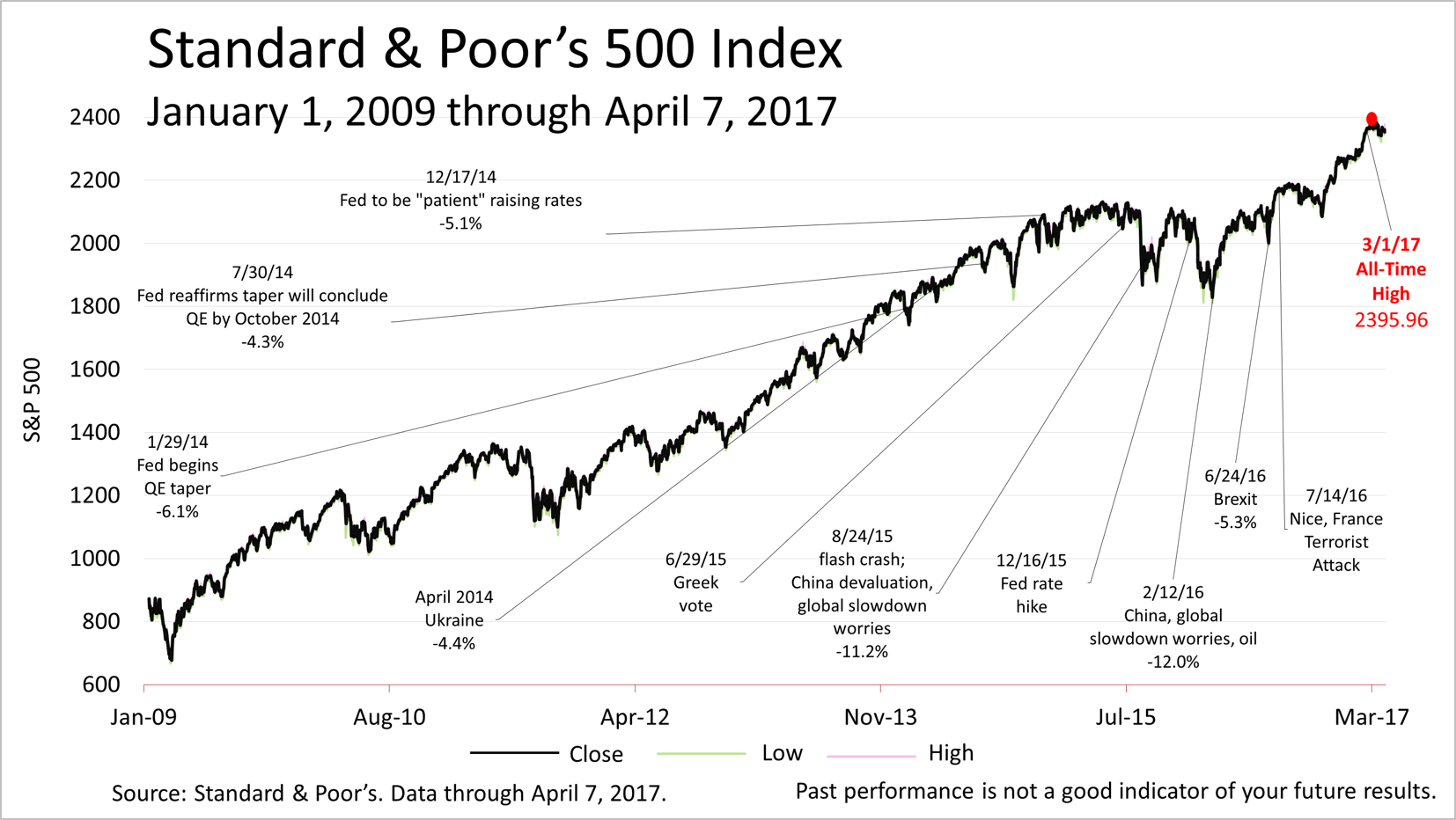 On Friday, the Standard & Poor's 500 closed the week slightly lower but remained within about 1.5% of its all-time high.

Stocks have had an amazing run. Uncertainty increased last week after the U.S. fired 59 Tomahawk cruise missiles to reduce Syrian President Bashar Al-Assad's air power after his forces attacked their own people with deadly sarin gas. Meanwhile, no clear way to finance a much-anticipated federal tax cut has added to worries about whether stock prices are vulnerable.

If the U.S. effort to prevent further attacks on innocent civilians in Syria flares into a dispute with Syria's backers in Iran or Russia, or if tax reform emerging from Washington is disappointing, a correction of 10% or 15% could come at any time. 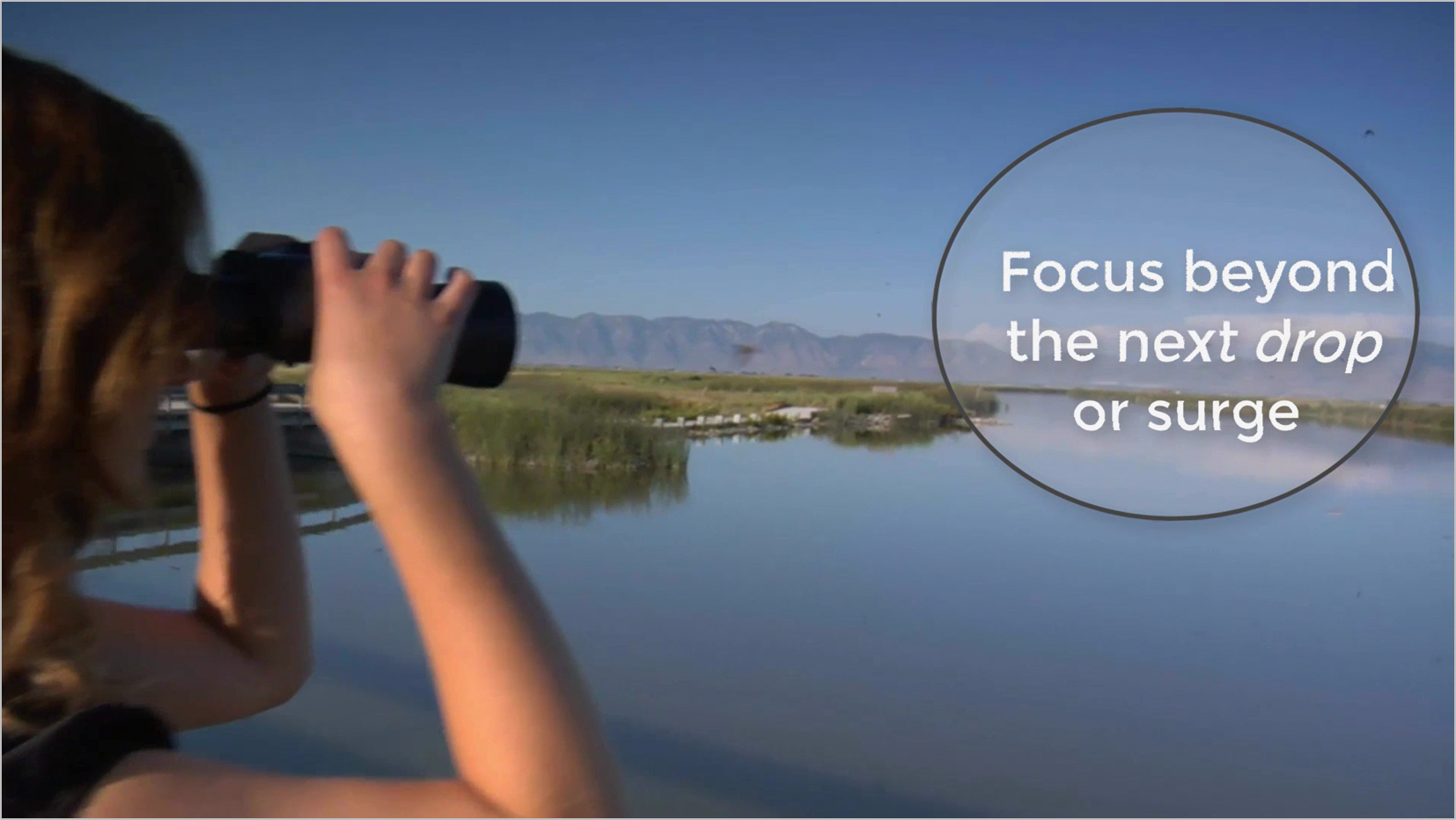 However, economic data has been stronger than expected for many months, and consumers are in the best shape in years. Better than expected growth could propel stocks higher still.


Long-term investors should not be distracted by near-term uncertainty and stay focused on what's beyond the next drop or surge.

This article was written by a veteran financial journalist based on data compiled and analyzed by independent economist, Fritz Meyer. While these are sources we believe to be reliable, the information is not intended to be used as financial advice without consulting a professional about your personal situation.

Indices are unmanaged and not available for direct investment. Investments with higher return potential carry greater risk for loss. Past performance is not an indicator of your future results.

This article was written by a professional financial journalist for Advisor Products and is not intended as legal or investment advice.